Dealing with a Difficult Dog

Home » Dealing with a Difficult Dog 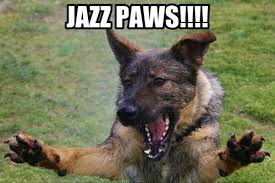 He looked as if he had worked one too many vaccine clinics, but I was enthralled by his stories. We were at a Grand Opening celebration of a new emergency hospital in Stamford and he had stories about his adventures as a part time mobile veterinarian. The story that caught me most was of a super aggressive dog (so aggressive that the owners had it chained and flung meat at it around supper time) that was in need of a rabies vaccine.

“Don’t worry,” he told the owner “I have a remote injection system.”

He then proceeded to elaborate about his blow dart system and how great it was for the aggressive animals he saw on occasion. I, of course, wanted one. No, I needed one!

During the trip home, Dr. Saria marveled about the emergency service, the specialists she knew from school, the convenience for our clients and their pets and the excellence of the facility. I remained in awe that there may be a blow dart system out there that was humane, easy to use and available for me to purchase!

As the days turned into weeks, and we continued our busy schedule, all thoughts of this great system slowly faded from my memory. That is, until one fateful day…

The client’s German Shepard, Fido, had been fired from his last vet. The best I could get from them over the phone was something about a Toy Poodle, someone’s broken foot, and a lot of angst in the waiting room. We arrived at Fido’s house with the knowledge that the dog was difficult, excitable, and in need of one vaccine. The owners told us that they desperately needed the Rabies vaccine, because if he didn’t get vaccinated, the animal officer would impound him.

While filling out the required paperwork, the clients decided it was time to let Fido in the house. He was definitely excitable- to call him the alpha in the house would definitely be an understatement, but we were here to give the vaccine, so we got started.

Dr. Saria is very good with aggressive dogs, and Shepards are her favorites, so she smoothly began her exam. She poked, prodded, even opened his mouth and shoved her hand inside to check his teeth. He was being a good dog (this is a relative term here), and she did a thorough exam. Everything seemed simple and straightforward.

We only had one thing left– that little rabies vaccine. She handed me a treat that the owners had given us as a peace offering to him.

“Let him lick the treat to keep him distracted,” she instructed. “He won’t even notice the injection.”

These were the last words I remember before I had a 105-pound German Shepard jump on me, push me against the wall and make me feel like a felon running from the K-9 officers. My heart pounded and I stared Fido eye to eye as his teeth snapped merely inches from my nose, and his enormous paws pressed my shoulders into the solid wall behind me. He could have killed me in an instant, but with an abrupt change of heart, he dropped down and went hunting for the treat I had dropped.

Dr. Saria and I were frozen for an instant. It was all so fast and potentially so serious. She recovered quickly and chatted with the owners as I took a few deep breaths and convinced myself that all my blood and flesh was still where it was supposed to be. I vaguely heard Dr. Saria recommend sedation and heard the owners agree, and then the next I knew we were leading this unpredictable beast out of the house and into the clinic with the intention of injecting him with a sedative, so we could safely give him his vaccine.

Somehow, we managed to settle him down, sedate him, and give him the pesky vaccine, but I couldn’t help but think that there had to be a better way- for the owners, the pet and for us.

As soon as we got home, I was on the Internet researching, then purchasing my own remote delivery device, AKA, blow dart, which I fondly named, FIDO’s FRIEND. I could have gotten a dart gun, but it required a permit and could cause serious damage if a dart is misplaced. After all, our goal is to help these animals, not hurt them.

While we were waiting for the device to come in, we began contemplating uses for it. Feral cats vaccines, aggressive dog sedation, timid creatures that need antibiotics, unreachable animals that are in grave distress, wild animals that are injured or sick, infectious creatures, suffering animals, and those that truly want nothing to do with anyone getting near them despite having a great need for human assistance. The more we thought about it, the more we realized that this device could not only protect me, the handler, but could seriously reduce the stress on some of our patients and potentially save some that otherwise would be left without hope.

Although Fido was our initial catalyst for acquiring the remote injection system, we have discovered an amazing plethora of situations where it is fantastically useful. Vaccines, medications and sedation are much less stressful for these patients. Kudos to the vet that told me about it! I wish I remembered his name. I now have a 1 ml syringe which I load with the medication, then charge the opposite end with air. I then attach the “feathers” to the back of the dart and load it into the tube. At this point I can administer my dart to an animal from a distance of up to 15 yards. The animal just feels a little prick as the dart penetrates and the medications are administered. Then the dart falls off and we retrieve it when the animal moves away. The impact is no more than when we give a normal injection, and the animal is far less upset than when we have to wrestle them to the ground or chase them around a yard with a lanyard on a stick in order to give the same medication.

This system has proven invaluable to us as we work on animals that cannot be restrained. It has truly been a miraculous tool to use for these pets that otherwise would go unvaccinated and untreated. I bought it to protect my doctor and I, but the reality is that the pets are the ones getting the most benefit.

And for my sensitive and concerned veterinarian who always places the needs of the pets before any mere human? She, too, has acknowledged the value in using a tool she would never have considered before. In an odd twist, we have come to value a tool that is not usually associated with kindness and compassion, and have once again proved that most any tool used correctly can provide amazing benefits.

Oh yeah, if you see us parked with a few minutes of free time, you will most likely find me behind the clinic, in front of a box doing target practice. I call it work. Dr Saria calls it play. I’m not sure who is right.

2 thoughts on “Dealing with a Difficult Dog”